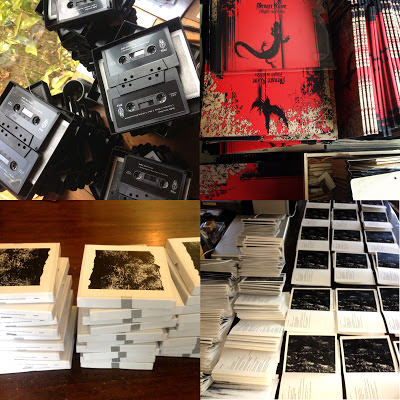 Three new SIGE titles are available for order as of now via the SIGE webstore. They are as follows:

Mamiffer/Menace Ruine tour still underway. Thanks to all who have come and made this an enjoyable experience thus far. Looking forward to the rest!

I was lucky enough to purchase both cassette-editions (+ the Mamiffer-debut) at your Dachstock-show in Bern; the handsewn booklets look really nice, and it must have been a lot of work to put this all together!

Good luck on the second half of your tour!

Thanks Aaron, for everything you have done for music.

aren't u supposed to be bankrupt and paying bills ??

Glad to hear from those of you that are enjoying the new SIGE stuff - we're excited as well! We've got some good surprises for 2013 in the works currently.

....as for the comment about bankruptcy: Hydra Head and SIGE aren't the same thing. They are separate business run by different sets of people. I am the common link between the two, but other than that they are not, (fortunately for the sake of SIGE's ability to function), bound to the same fate due to financial ties.