above: new poster design by aaron horkey.
will be available on the upcoming isis/baroness tour in japan and australia. one of the two versions will also be available after the tour via various online sources. thank you mr. horkey 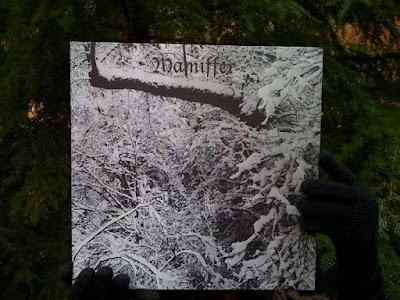 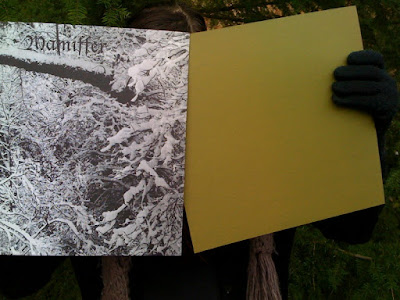 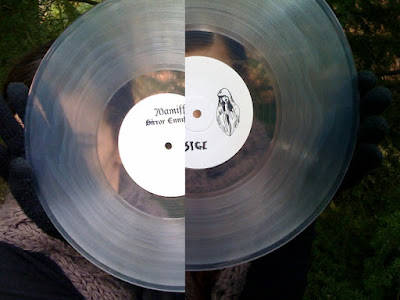 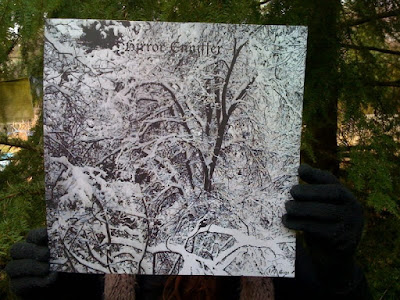 after a lengthy delay the vinyl version of the mamiffer debut album is now available. pressing of 300 copies, 200 on clear vinyl, 100 copies on smokey clear vinyl. jackets and inserts hand screened by VG kids, flood printed interior jacket. currently available through hydra head, conspiracy records, vacation vinyl, and soon through the hhr/bcd webstore and aquarius records. if you would like to order directly from mamiffer please contact us via our myspace. cd version still available from/on hydra head records.

update/news on upcoming mamiffer album to be posted soon. 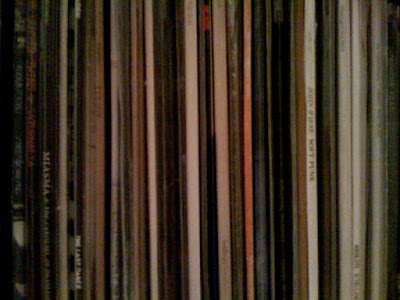 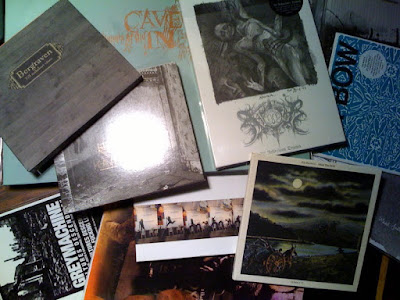 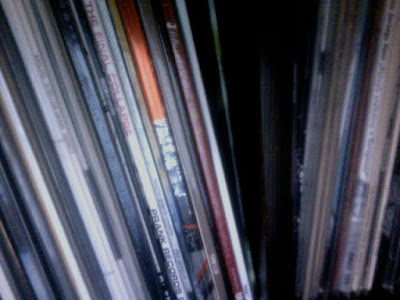 as of the last couple years justin foley of the austerity program has been initiating year end music exchanges amongst some of his colleagues and friends. he has been gracious enough to ask me to participate, an invitation i gladly accepted. here is a link to the audio for my collection. below is an explanation of the exchange from justin's original solicitation letter as well as lyrics from the king midas sound track "earth a kill ya" which i thought were interesting in and of themselves (the track itself is included in the mix). the mix also includes selections from: arvo pärt, this heat, the bug, temple of not, hildur godnadottir, w.o.l.d., etc. another participant in the exchange, stephen o'malley, has linked his mix here. in addition to the mix generated for foley's YEMEN project, i thought it might be nice to do a year end collection of tracks from hydra head releases that came out over the course of 2009. i didn't include a track from every single release we did this year, but i gathered as much as i could manage at the moment, which encompasses the bulk of our output over the last 12 months. i've included some of my favorite 2009 album tracks from the following: pyramids with nadja, keelhaul, torche, xasthur, nihill, oxbow, everlovely lightningheart, khanate, big business, jodis, cave in, bergraven, bohren and der club of gore, and greymachine. you can grab the audio for that here . file sizes for both mixes are rather large as i wanted to preserve the fidelity of the original recordings where ever possible. i'll most likely pull both of these mixes down in the next couple weeks, so hopefully that will be ample time for most of you who want these comps to grab them.

"A good friend of mine does a CD exchange every year where people put together their own disc – a sampler of favorite stuff released that year. It’s great except for 3 things:

So they’re all swapping Vashti and the Arcade Fire and ignoring the discs I send with Shitmat (awesome).

I want to do the same thing with people I suspect have a really excellent/broad taste in music that I would probably be interested in hearing. Some of the people I’m sending this to I know well, others I only sorta know. Still, I figure I’d love to hear what you’ve been listening to for the past year. Interested? Here’s what it would mean:

-You pull together your own best of 2009 CD. Preferably stuff released this year but if you’ve been on some great mining journey of years past, what the hell?
-Some time before, say, Jan 31, you send it to me. Physical CD or some uploading scheme, I don’t care.
-I pull together all of the CDs and upload them to a site – yousendit or something like that. The link is emailed back to you.
-You download it and have a bunch of music to listen to."

in this time we have to live with earth
stop the relentless pursuit of money
everyt'ing have a soul
rivers, stones, plants, and trees all living
their power can be used and good, or destroyed
we shall all live again through births and deaths, spirits persist
live simple
you can't sell the earth for profit
it's to live, not to sell
the earth will kill you if you try to kill it

you see, my grandmother anytime she was sick
she would dream what see need to eat
and wanna talk abou' medicine?
she was in touch
she say all animals in the world could do this
why not [hu]man?
but it seems we lose this ability
just to keep in touch with what we need to live

the earth will kill you if you try to kill it
your body heals you if you discipline it
Posted by Aaron B. Turner at 5:45 PM 15 comments: 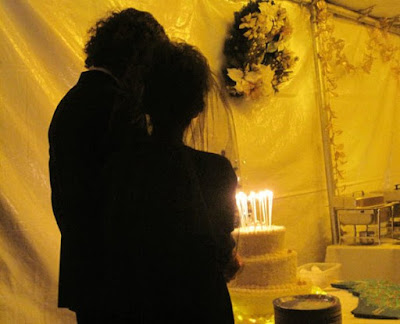 above: the wedding party
below: listing of highlights, disappointments, and items from the last year, the last century or 2, for the future:

disappointments:
the first year of barack obama's presidency (i feel duped, perhaps i was being naive, as was suggested by some of the people who left in comments in response to my excited posts about his election) / the continued imposition of the black iron prison on all now living...

substance from 2009, the last decade, last bunch of decades: