evidence from the road 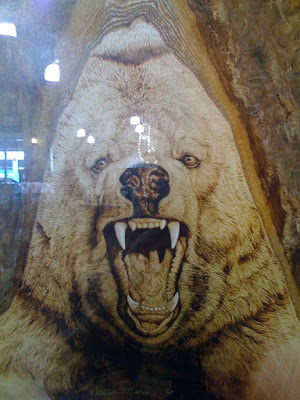 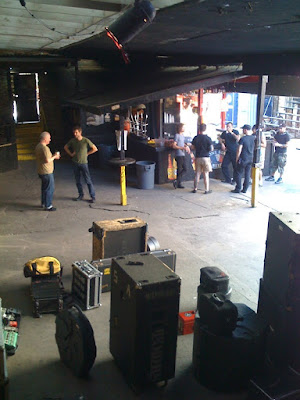 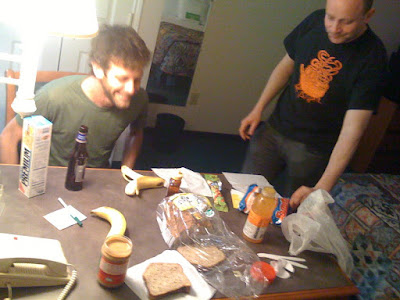 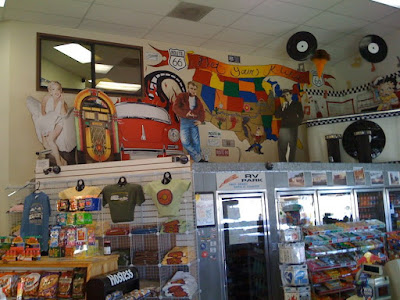 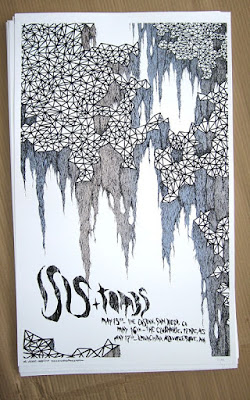 pictured above (in no particular order):
-the big set up in austin, bear head emerging from wooden vagina, tour poster by justin bartlett, after show feast in hotel room, a very tastefully decorated gas station/convenience store.

the exchange below transpired between myself and alecksander, a gentleman who expressed dissatisfaction with a recent HOLC performance in wroclaw, poland. i rarely engage with comments left on here either positive or negative, but this blog should serve as an occasional forum for open discussion about certain elements of my work and creative work in general, and i think this exchange is relevant in that regard. it reveals something about the different intentions behind ISIS and HOLC as well as the reactions that that contrast might generate from someone's encounter with both projects...

"i was speaking only about my personal feelings on HOLC performance. it has nothing to do with Mamiffier, Wroclaw or the audience there in general.

i had some expectations, maybe that is the reason i found that ~30min show so bad. 2 years ago i was on Isis concert in this same venue and it is still one of the very best i've ever seen. also, the studio recordings gave me some hope for nice sounds. i know, that it is really different to perform that kind od music on stage, but still it was, in my opinion, nowhere near it. especially the one after the break. it was nothing i wanted to hear after 9 hours in a disgusting polish train coming from the opposite part of the country.

you know what was the first thought, that came to me after seeing you singing silence for 10 min and playing on an unplugged guitar (thich is cool btw, Electrical baritone ?)? that guy in so stoned or sth, that he can not hear people telling him to plug it in.. this same with putting on and off effects like 10 times. i do not know, if you were allright or not, but this is what i saw and thought. a guy treating his audience with ebow, 3 notes and max feedback on his rv-3.

the overall impression was bad, and i can not change it. i think, that this blog in a good place to express my dissatisfaction. even if i am completely wrong."

thanks for your response. it was good to know exactly what it was that had bothered you - i was thinking that it had more to do with my personal attitude rather than the music itself.

as far as the performance goes, i was neither stoned nor did i take the performance lightly. HOLC is a very serious thing for me and each performance is a special ritual, though of course sometimes it works better than others. it is indeed a very different beast from isis, but that is the point. these days isis is about density and complexity and there is very little restraint in what we do, so i have gone the opposite direction with HOLC. what has become important in HOLC is not the technical proficiency of my playing, but the space in the music, the intervals between the notes, the construction of dynamics, and a desire to move slowly and patiently. it may seem overly simplistic to you, but it is certainly more complicated than just turning pedals off and on. it is true that the set is reliant on effects, but i use each individual pedal as an instrument in and of itself. i will agree the "encore" was questionable, but it was because i didn't have anything else prepared and the promoter told me i should play more.... so in the end i agree that that part of it was disorganized and a bit lacking, and i will also admit that trying to play an unplugged guitar for about 60 seconds was pretty ridiculous, though i found it amusing rather than upsetting.

much of HOLC is about feeling and i'm sorry you derived no special feeling from the performance that night. all i can say is that i did it with my heart invested in it much as i do everything else - isis, the past work of HOLC, and all the other music i've made.

thanks for sharing your thoughts, your disappointment makes a lot more sense to me now and i can appreciate your perspective even though i obviously don't agree with you."
Posted by Aaron B. Turner at 9:46 AM 8 comments:

ASYMMETRY/BERLIN: the good, the bad, the unknown.... 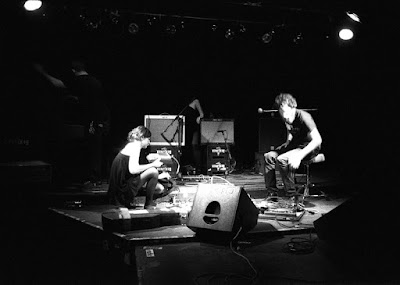 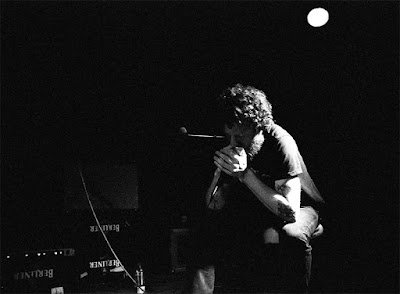 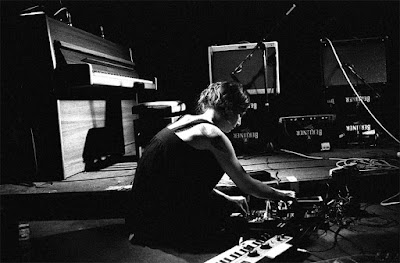 back from house of low culture/mamiffer shows in europe. thanks to all those who hosted us, attended the shows, and to the bands we played with at the various events. we hope there will be further opportunities for mamiffer and HOLC in europe as this was a positive introduction for both bands to foreign soil. above pictures from berlin show, courtesy of kelly akashi.

and then there's this:

"yeah, right. great performance, great poster, great attitude to the people. unfortunately, Mr.Turner, i will not be able to listen to your work in this same way, i did it before the Assymetry HOLC show... in fact, i am quite incensed."

would the anonymous person who left this comment care to explain what i did to upset them? both mamiffer and HOLC made efforts to put on the best performance possible and to treat those in wroclaw with respect and gratitude. perhaps there's something i'm missing?