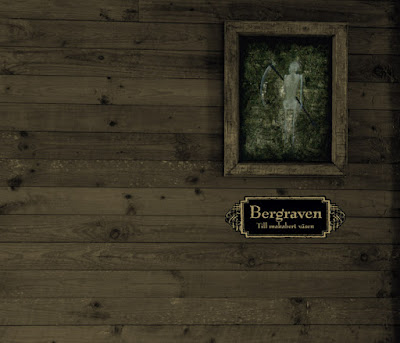 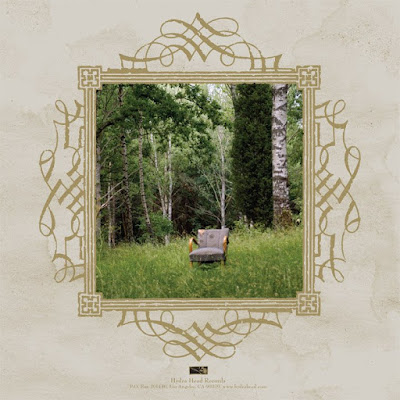 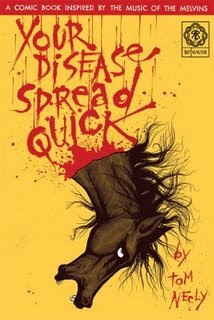 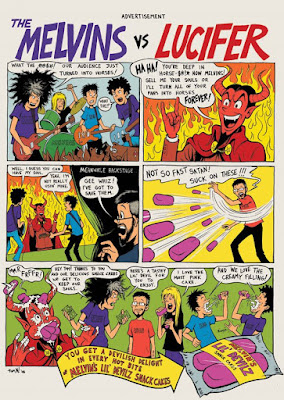 above, from top to bottom:

1. front cover for the forthcoming bergraven album "till makabert väsen". photo is black and metallic gold duotone, with the framed picture in full color. mini-frame with band name and album title will be a sticker affixed to jewel case. basic ideas and photos supplied by bergraven - i've been creating additional elements and assembling this thing, with help from faith coloccia once again...

2. back cover for the same bergraven album. text and frame printed in metallic gold. all artwork will be printed on uncoated stock for that "ole tyme" feel. listen to bergraven.

3. front cover of the newly completed "your disease spread quick", a comic inspired by the music of the melvins. written and drawn by tom neely , published by robotic boot, a hydra head industries subdivision. available at san diego comic con this weekend at tom neely's booth, and at the merch table on the current melvins tour. later to be made available as part of the melvins "senile animal" 4xlp box set, and individually on the HHR webstore. melvins = awesome. tom neely = awesome.

4. back cover of the aforementioned comic. also recommended: tom neely's "the blot".

in other news: mixing of the grey machine album (new project from justin broadrick, with contributions from myself and other affiliates), is finally underway. completion imminent and samples available soon. isis "live IV" and "holy tears" vinyl now available . new isis album still in the writing process, currently on hold due to upcoming shows in chicago and oslo. new lustmord album "other" now available, with guitar contributions from adam (tool), buzz (the melvins), and myself. new house of low culture releases in the works. the band with james plotkin, tim wyskida, and myself is no longer going to be called "vessl", since apparently there is already a band with that name. we're trying to think of something else and having a hard time... really hard. all the good names seem to be taken.

improving the quality of life: wold "stratification", gridlink "amber gray", "batman: the dark knight" (though not quite as good as i was hoping), "bill moyers journal", ghostface killah "supreme clientele", evoken "a caress of the void", helms alee - live in los angeles, orange and robot: excellent (but disobedient) italian greyhounds, organum "omega", carne asada burritos from yuccas too....
Posted by Aaron B. Turner at 6:18 PM 13 comments: 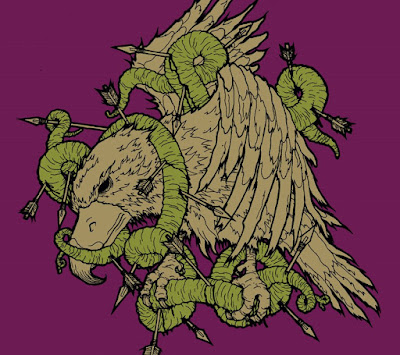 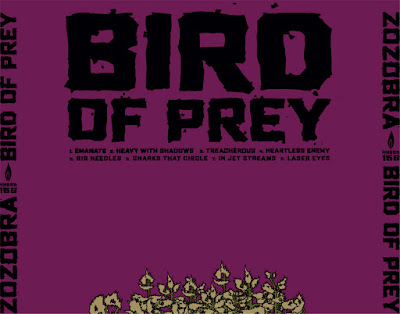 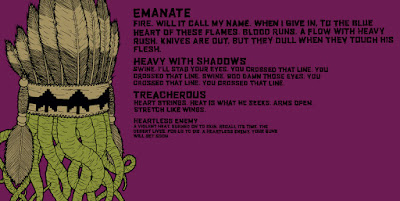 pretty, pretty, pretty good: daughters - live at the troubadour, torche and clouds - live at the relax bar, hellblazer vol. 2 "the devil you know", twin peaks: fire walk with me, pierrot le fou, ashpool "the world turns on its hinge", leviathan "massive conspiracy against all life", wu-tang "8 diagrams", boris "smile" japanese version (a totally different mix/version than the US version - well worth seeking out), further visitations from astral traveller of the 4th dimension, and animal companions (even the whiny one jacked up on steroids)....
Posted by Aaron B. Turner at 11:05 PM 7 comments: