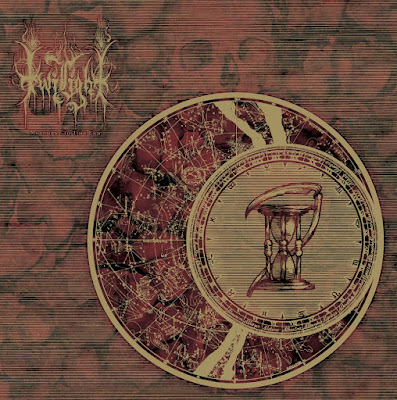 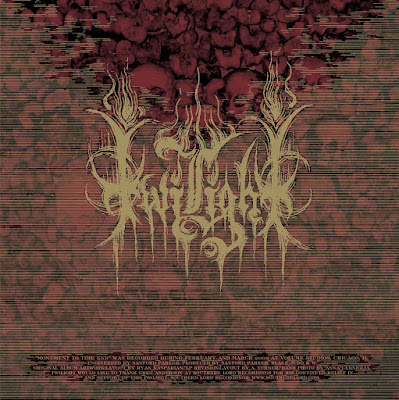 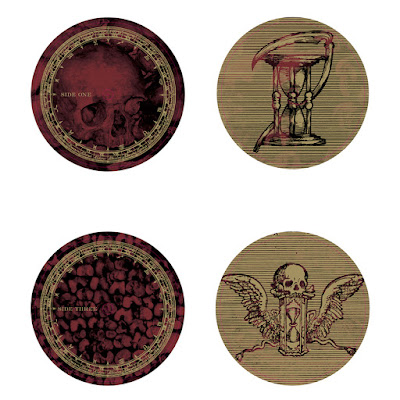 above: images from the layout for the LP version of the twilight "monument to time end" album. the original layout for the CD was executed by ryan kasparian, from which the basic ideas for the LP version came. by re-drawing some of the imagery and reconfiguring the basic elements established in the CD layout i devised what feels like a more direct aesthetic parallel to the music on the album. though it's unlikely i would've come up with this layout starting from scratch, it was an interesting exercise for me to re-interpret someone else's visuals while also adding a little something of my own to the process/final outcome. the jacket will be printed as four color process with a metallic gold spot color, on uncoated stock with flood printed interior and LP labels that follow the same basic configuration/set-up. not sure what the final release date is for this project but some details on that should be popping up on the southern lord site in the near future.

No offense to the original artist, but I like this artwork wayyy more than the cd version. It's fitting that it will be on the larger scale of an LP
Can't wait to see Isis again, but not happy that it will be the last time.
Recommended: Castevet 'Mounds Of Ash.'

I will defnitely be purchasing this when it comes out. Thanks for the layout pics. The art and design look great!

Nice work Mr. Turner. I much prefer this version.

I look forward to seeing it in person.

I likes 'em both.