new drawing & the road goes on 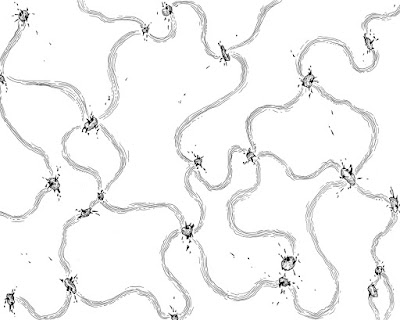 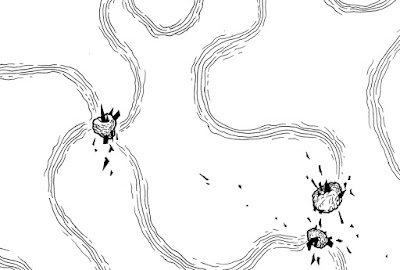 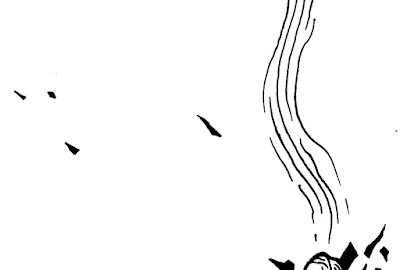 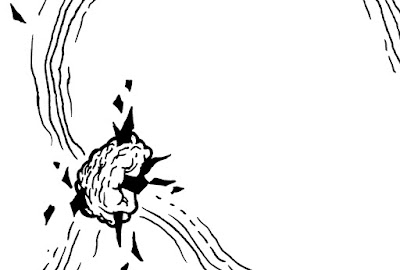 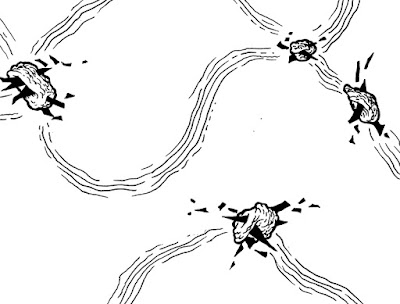 isis still on the road. currently in the van hurdling across the state of iowa. rolling hills, setting sun, actually somewhat pleasant considering we've been in the van all day traveling between minneapolis, mn and our next stop denver, co. pelican and tombs have left the tour. keelhaul now in tow. all good traveling companions/road warriors. helms alee and mamiffer joining up in a few days. thanks to all who have accompanied us along the way as well as those that have come to witness. greymachine "vultures descend" 12" out now and copies brought along for the tour. greymachine "disconnected" cd hopefully available during the last week of this tour, or beginning of upcoming european tour. jodis album art still underway, initial versions scrapped, new version imminent. remaining art prints from 2008 "catalyst" available for sale soon (see aug 22, 2008 post for more info/image).

We're really excited for your tour stop here in Portland. The last time Helms Alee played here, they rocked the whole sweaty, tiny joint down to it's knees. I look forward to seeing you guys together with a much bigger crowd.

The owls are not what they seem.

and still nothing about jodis :(

I drove down from Canada to catch you guys in Minneapolis. Terrific show. It's the first time I've seen you live since the Oceanic European tour and you guys sounded incredible. The new material slays live, but I also really appreciated the few older tunes thrown in the set list. Thanks!

Look forward to seeing you in Vancouver on friday.
Thanks for coming up here for the one show, it's going to make my week.

Can't wait to see in ya Vancouver & Seattle definitely worth the trip from Calgary.

DOOM, thats the shit! Also, Pyramids with Nadja?! Dude, I cant wait to hear that! You are so lucky you get to here that way before anyone else!

i would love to find a copy of disconnected at the seattle show. i cant wait to see you play! this will be the first time ill have seen you play since the gorge with tool but, i didnt really get it then, you know? i also think the dynamic between dick and damian is a fun read.

Saw the show in MN on the 13th (and picked up a whole bunch of merchandise). Totally blown away by the performance you guys gave. My wife and I somehow got to be in the front row, right in front of Michael & Jeff, and it made me realize I really need to start wearing ear plugs. LOUD. Saw you hanging around after the show, but felt like too much of a dork to go say "hi". Hoping you come back to the Midwest soon!

I am so bummed that I didn't get the chance to say thank you @ the Boston show for the favor you did me...we can blame Chel for that! =)
--Juan

i'm very impressed with your artwork and your musics. hopefully can see you here in malaysia.

Aaron,
While you and your band mates are in San Jose today you should go eat at La Victoria Taqueria in downtown. The burritos in and of themselves are delicious, but they have this special "orange sauce" which is spicy and creamy which just tops it all off. Worth the visit I would say. Anticipating the show, especially Mamiffer.
Thanks,
Nyk

Thanks for the great shows in Seattle & Vancouver too bad there was a couple of idiots who had to mosh & crowd surf constantly during your set in Vancouver, does this happen often?

This is the first show that I have seen people crowd surfing during your set, WTF. I have been to 9 Isis shows since 2006 and I found the behavior of theses idiots to be embarrassing please don't let these few idiots tarnish how you feel about Western Canadians.

dude, you gotta post the lyrics to wavering radiant somewhere, i'm so curious to know what you're sayin in these incredible songs

Just wanted to mention: I had the opportunity to see Mamiffer/Helms Alee/Isis at The Fonda in LA tonight. Amazing acts all around - I was particularly impressed with Mamiffer's performance. Obviously I showed up for Isis, but I honestly didn't know what to expect from Mamiffer going into the show and was very pleasantly surprised. Grabbed a copy of hirror enniffer and I'll definitely have that on my regular rotation.

Great show, everybody there (with the exception of a couple jerks in the audience - but that's pretty much expected) really made it an excellent night.

Looking for an underground label to release "Velvet Cacoon" December Star Embassy III: Archaic Reverie of the Eldest Season. We wouldn't be the same without ISIS...