darkness of the future 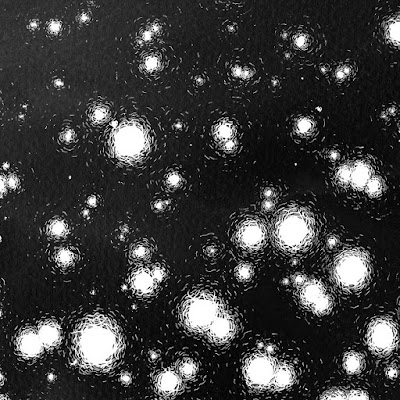 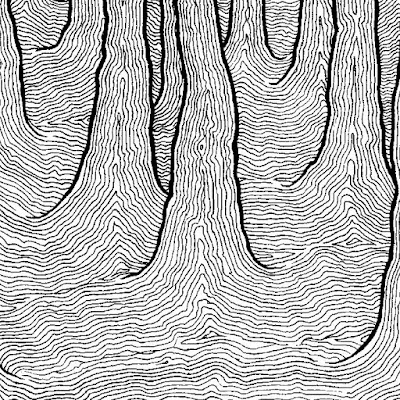 Above: details from illustrations for ISIS "Wavering Radiant"

"Our souls as well as our bodies are composed of individual elements which were all already present in the ranks of our ancestors. The "newness" in the individual psyche is an endlessly varied re-combination of age-old components. Body and soul therefor have an intensely historical character and find no proper place in what is new, in things that have just come into being. That is to say, our ancestral components are only partly at home in such things. We are very far from having finished with the Middle Ages, classical antiquity, and primitivity, as our modern psyches pretend. Nevertheless, we have plunged down a cataract of progress which sweeps us on into the future with even wilder violence the farther it takes us from our roots. Once the past has been breached, it is usually annihilated, and there is no stopping the forward motion. But it is precisely the loss of connection with the past, our uprootedness, which has given rise to the "discontents" of civilization and to such a flurry of haste that we live more in the future and its chimerical promises of a golden age than in the present, with which our whole evolutionary background has not yet caught up. We rush impetuously into novelty, driven by a mounting sense of insufficiency, dissatisfaction, and restlessness. We no longer live on what we have, but on promises, no longer in the light of the present day, but in the darkness of the future, which, we expect, will at last bring the proper sunrise. We refuse to recognize that everything better is purchased at the price of something worse; that, for example, the hope of greater freedom is cancelled out by increased enslavement to the state, not to speak of the terrible perils to which the most brilliant of discoveries of science expose us. The less we understand of what our fathers and forefathers sought, the less we understand of ourselves, and thus we help with all our might to rob the individual of his roots and his guiding instincts, so he becomes a particle in the mass, ruled only by what Nietzsche called the spirit of gravity.
Reforms by advances, that is, by new methods or gadgets, are of course impressive at first, but in the long run they are dubious and in any case dearly paid for. They by no means increase the contentment or happiness of people on the whole. Mostly, they are deceptive sweetenings of existence, like speedier communications which unpleasantly accelerate the tempo of life and leave us with less time than ever before. Omnis festinatio ex parte diaboli est - all haste is of the devil, as the old masters used to say.
Reforms by retrogressions, on the other hand, are as a rule less expensive and in addition more lasting, for they return to the simpler, tried and tested ways of the past and make the sparsest use of newspapers, radio, television, and all supposedly timesaving innovations.
In this book I have devoted considerable space to my subjective view of the world, which, however, is not a product of rational thinking. It is rather a vision such as will come to one who undertakes, deliberately, with half-closed eyes and somewhat closed ears, to see and hear the form and voice of being. If our impressions are too distinct, we are held to the hour and minute of the present and have no way of knowing how our ancestral psyches listen to and understand the present - in other words, how our unconscious responds to it. Thus we remain ignorant of whether our ancestral components find an elementary gratification in our lives, or whether they are repelled. Inner peace and contentment depend in large measure upon whether or not the historical family which is inherent in the individual can be harmonized with the ephemeral conditions of the present."
Posted by Aaron B. Turner at 7:53 PM

Your 'Portal Stars' are stunning. Looking forward to hearing them :)


Lots of food for sight and mind!

Good job my mind and eyes are hungry...

I can't wait to hear the new stuff - if the track you played in London in December is anything to go by, Wavering Radiant will rule...

I'm sure you appreciate that ISIS fans like discussing ISIS songs and artwork, lyrically and musically, and what inspiration the band's music gives people - and to that end i've been involved in setting up an ISIS message board/forum.

I wonder if you'd mind posting up the url on your blog and maybe some of your readers would be interested in contributing to our chats.

You're opening the book, perfect...

Interesting Jung quote, too; I always found he makes more sense than any of the other psychoanalysts. Very much looking forward to Wavering Radiant (dear amazon.co.uk: hurry up and put it up for pre-order, thankyou) - I like the idea of a more orchestral sound and if these are the sorts of themes you're tackling it should be interesting.

A murmur, from the ruins echoes softly as the roots undo, and the branch becomes... -CTTS

Yeah, I saw in this text, which keeps me out of my personal universe, the music I love. Look where the sun rises and not where it disappear.
-Eus

For over 25 years, (1932-1958) Jung, and the physicist Professor W. Pauli, discussed the nature
of "mind" and reality.
Their conclusions were published under title, "atom and archetype."
The main conclusions concern
the nature of number as the most primal archetype of order in the human mind. As
Jung said: "It is here that
the most fruitful field of
further investigation might
be found."

Enjoying the artwork thus far. It's funny because when hearing the title of the album, for some reason I pictured a black and white color scheme for the new record, though these may just be un-colored yet.

Either way, it looks good!

" Inner peace and contentment depend in large measure upon whether or not" you are at an ISIS gig!

Connection between the future and the past exists in our minds and genes. This is somehow obvious if we abandon our human perspective for a moment and take a look at things from the level of species and evolution. People almost exactly like us existed in the past and will exist in the future. Constant recreation of reality that which was given/left to us by our ancestors is not the discovery of post-modern era but immanent part of our condition. From that quotation I see longing for a ritual and connection with our historic selves. But what constitutes our true identity is also very often extremely dangerous, animistic part of our psyche. I am talking about more or less realized necessity of being a part of some homogenous group, exercising conflict and domination etc. Every group has to form some mechanisms allowing its members to participate in this "identity building" activities simply in order to survive. Touching history in us we're touching the softest and most hidden elements of our identity - stereotypes, resentment, ghosts of our ancestors dancing around the fireplace with their faces painted in the colours of war.

Jung and Nietzsche are all too prescient, being a few decades and over a century old.

that Jung passage makes me wonder if he would identify himself as a Luddite.

part of it also strikes me as similar to what some evolutionary psychologists have discussed, that is, human culture is advancing far more rapidly than our species as biologically evolved. in other words, our simple brains haven't evolved for thousands and thousands of years yet we keep buying new versions of iPhones every year.

progress is a funny thing.

Aaron, how does the process of your artwork come into play on an Isis record? Is it something you create when the record is done or you create while you're making the record?