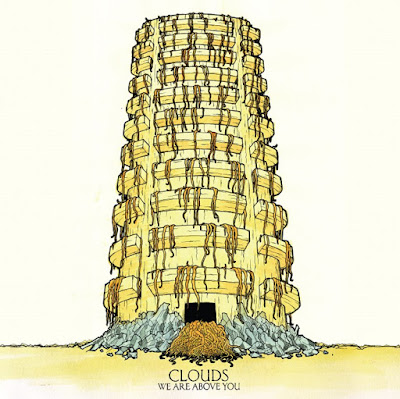 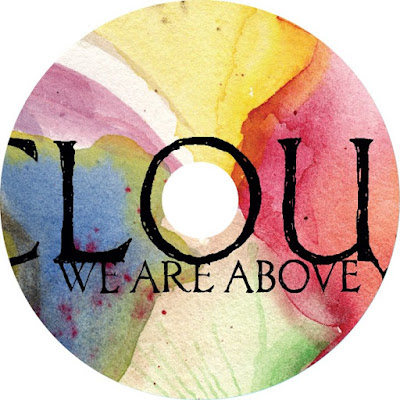 greetings from austria. currently on another european jaunt with isis and all is well. we started the tour in moscow, which for us was an absolute highlight, but everything that's followed subsequently has also be quite enjoyable. fellow tour mates kill the thrill, jakob, and the austerity program have all performed splendidly and have been great traveling companions, so thanks to them for making our experience more complete. i've been taking quite a few photos along the way, so i hope i'll find the time to post some of those before tours end. in addition, justin from the austerity program has been writing a tour diary which will eventually be published in decible magazine, and later on the austerity program website. justin is a very capable and humorous writer, so you can expect a lot of scathing comments hurled at isis, and possibly some of our deeper eccentricities revealed.

above are some finished pieces from the clouds "we are above you" album layout - i was able to complete most of this before departing, but required aid from couple of hydra helpers in order to get it into production on time. the watercolored backgrounds and all the lettering was hand drawn/painted by myself and faith coloccia, so thanks to her and james o'mara for their invaluable assistance. i'm not sure when this record is actually due for release, but i would suggest checking the hydra head website for further info/updates. i listened to the album more than a dozen times during the creation of the artwork and i must say it currently stands as one of my favorites of the year, hydra head or otherwise. thanks clouds.

now that that's out of the way i've started work on some drawings for the upcoming MGR vs Destructo Swarmbots album (featuring isis guitarist extraordinaire mike gallagher). i believe the artwork will also feature photos by mike gallagher topped off by a layout courtesy of hydra head's james o'mara. the album will be released on neurot, and again i have no idea when the official release date is or if one exists at this point. shortly after completion of these MGR drawings i'll be onto the artwork for the upcoming heatseeker debut, a new band consisting of aaron harris (isis) and caleb scofield (zozobra, cave in, old man gloom). there are a bunch of upcoming musical endeavors as well, but i'll save those for another post.

Lovely work, as usual, Aaron. Looking forward to checking clouds out, and for any future ISIS shows in Chicago.

Good evening,Aaron Turner.
I think that this design of Clouds' CD is perfect.Colours are well-assorted.Your drawings are really awesome and interesting.And this artwork is great!I am waiting for this CD very much.
Thank you for posting your art and news about it!
Sorry for my English,I am ukrainian))
P.S.:Thank you for concert in Moscow!It was really great!I went to Moscow from Ukraine specialy for this concert.I was standing near you and Cliff Meyer in the first line.It was the most wonderful moment in my life.I was crying for happiness.Your music is very beautiful,clever,awesome and your poems are really wonderful.It's pitty that I wasn't able to approach you and other Isis' members.I want to shake you by the hand and say to you all thank you very much!

man, show in moscow was reaaly awesome, thank you for playing! and we are waiting for more shows in moscow - old man gloom, holc, mgr, etc.

and aaron, did you like flowers from my girlfriend? :)

For what it's worth I just wanted to say "Thanks" for coming to Moscow. I think that most of the people who were there in the crowd will agree with me: the show was awesome! Most of us saw you live for the first time and I, for one, was really amazed by how honestly and openly you perform. Maybe it was also the venue, but the main reason, I guess, is that you guys really do what you like the most on the stage and we all felt that energy.

It was the best show I have attended in my life, thank you! And man, "Carry" kicked our asses! :)

aaron, ive got a legal/label question ive been curious about. a few of the bands you release albums from have names that have previously been or currently are being used by other bands (isis, a 70s female funk band; clouds, a 60s psych band; there is a screamo pyramids from philly that has been together for a few years and seem well established; there also appear to be at least 3 other bands called heatseeker, ETC) do you guys actually obtain the rights to these names before releasing anything? or do you just not care? i have little clue on the legalities of such things and just wonder about it often.

Hey!
Where is that guitar from that you used in europe?
thx

Seeing you guys in Japan would make my year!

ps: Japanese girls are the bomb dot com. Everyone should have one!

A friend told me about your blog a few days ago...I really like meanderthal design!!!...Hope I have a chance to see al live show of ISIS or maybe... old Man Gloom... before leaving the States and going back to Spain...
XO

That looks awesome Aaron. I always enjoy reading (and seeing) about the art projects you work on. Especially seeing the progress of the pieces. Keep up the great work!

The Clouds artwork is awesome, I am greatly anticipating this album, hearing some of the new songs live and stuff, they are really going all out!!

Looking forward to hearing about the new music and Heatseeker stuff, that sure came out of the blue!

Are you a conservative bitch? You fucking bitch. I bought Celestial, Oceanic, Panopticon and In the Absence of Truth to be nice but never again. If you make something else and I even care to listen to it, I'll be downloading it. And it's not my loss since the art isn't going to change my life.

And more hopes to see Isis once more shortly.

Big thanks for the amazing gig in Tilburg, was so worth traveling to the Netherlands just to see and hear you guys play! After seeing you in Helsinki last June we expected perfection and got - nothing less than perfection.

Really wish to see you in Finland again some day.

It must be that time of the month for that anonymous person who gave no constructive criticism as to why they would suddenly put a halt to buying your Isis cds. However, I won't dwell on that and I wish to give you praise for the work you do and Isis as a group does, You must be a busy man. Panopticon has been played over 70 times on my media player, And who knows how many times on my mp3 player and CD player. It has also changed my writing style to some weird abstract mind-bending stuff.

Keep up the good work and I'll make sure I see you in Australia the next time around.

thanks for moscow show1 it was really amazing! keep on keeping on) all of you)

Nice muted colours. Too much can really overpower things, this worked out well. I assume that is the vinyl version at the top.

Concerning Tilburg, I am still disappointed that you played 75 minutes instead of the announced 120? How come...

my brother saw your guys in moscow, he was blown away with the show!

i saw your show three days later in leipzig, you really kicked major major ass. i am sorry to say but your bands performance was in a league of its own compared to Jakob and this lazy French band.

best show of my life. i am so incredibly impressed i have no words to describe it! inspiring...

thank you for your music!

just because i saw that shitty comment on here from "anonymous" yet again, i'd like to counteract that bullshit statement by letting you know that your music & its accompanying artwork HAS INDEED left a considerable & positive impact upon my life and i intend to continue purchasing the works you release so that i can enjoy them knowing i paid to support something I love.

don't let ignorant, bitter assholes bring you down. though i highly doubt you do :)

First, let me say that the work on the new Clouds album is stunning and what I've come to expect from you...that you never know what to expect!

Second, and I'm sorry to get off topic, but you're one of the few people that I thought might be able to help me out here. Do you have or do you know where I can find a template for a Triple Gate Fold LP Sleeve.

I would greatly appreciate it!

I must ask, though, are you deliberately omitting capital I's and sentence-beginning capitals? :P