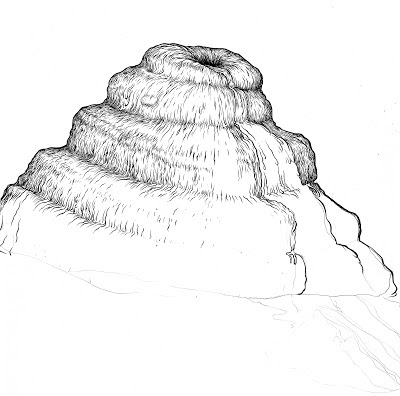 Above: Drawing originally intended for the Old Man Gloom "NO" album art, but abandoned early in the process. Too controlled for the album - didn't feel like a good fit. Glad I gave up on this idea as the next round of ideas proved far more fruitful.

Also: Mamiffer, HoLC, Thrones, Great Falls show in Seattle on Dec 1. More info here. We'll finally have copies of the Mamiffer/Pyramids LP for this event, and the remaining copies of the cassette version as well.

Looks like a good choice, final artwork from NO seems better fitting the album

Even though unfinished, it's still interesting and attention-grabbing. I like it.

All I want for Christmas is news of a Jodis tour stop in Toronto. God damn it I will make my basement available if need be.