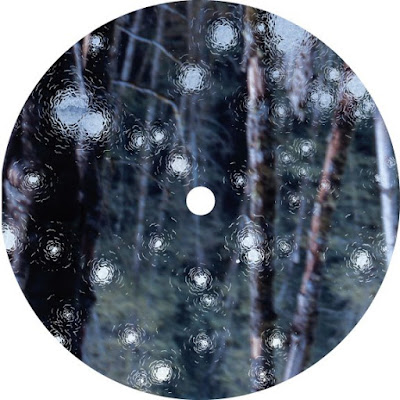 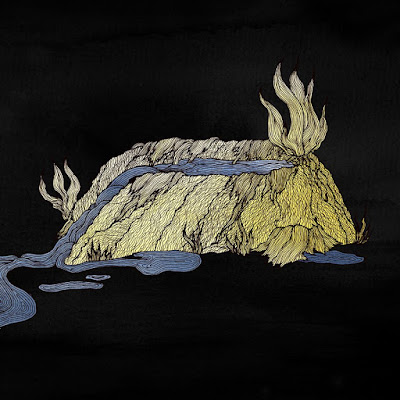 above:
portions of the different versions of the artwork for the isis "wavering radiant" album (US 2xLP, japanese 2 x pic disc, european CD, etc.)

previous post:
the arrival of the US vinyl. special thanks to shawn from ipecac and thinkspace gallery for facilitating.

some info on the vinyl:
there will be a preorder for the US version of the vinyl through the isis webstore which will include some or all of the following: slipmat, longsleeve, coffee mug. preorder should be up in a couple days. one colored vinyl version of the US 2xLP (ltd to 100 copies) will be available only at Vacation vinyl in los angeles (starting april 21), and on the first part of the upcoming ISIS US tour (starting may 15). the european version of the vinyl is already being sold via preorder through the conspiracy records website. the japanese 2 x picture disc vinyl will be made available first at the "leave them all behind" festival in tokyo (april 19), and subsequently through the inoxia records website.

greymachine and jodis artwork underway - asymmetry poster nearly done (collaboration with faith coloccia). randall dunn tapped to do new HOLC and other "secret" recordings. more on all that soon...

Why aren't you listening to Crack The Skye?!

Loving the new album, favorite album of the year so far will definitely be picking up the preorder.

Is there a difference between the US version and the one Conspiracy is selling? Thanks

I have míxed feelings about this record. in fact i seem to be pretty much the only person who is not head over heels in love with this cd.

i think your music improved in very straight forward ways, in the more is better kind of a progression. the band sounds tighter, the recording is great, the musicianship has improved.

but i feel that these exact plus points take away from the originality of your music! gone is the atmosphere of oceanic, the dark minimalism of panopticon, misticism of absence of truth...

instead what do we get? improved musicianship, more ´developed´ songwriting but at the same time a cd that is not as outstanding as your older work. the cd feels more generic prog metal rather than the unique post metal. it is actually pretty comparable to the opeth material which in its essence is lot more mainstream than what you guys used to do before.

the songs are heavy but the heaviness is more of a form rather than substance... oceanic is vastly heavier

i also feel that the singing used to be more tastefully integrated, it is too dominant on this cd.

i definitely am not one of the fans who would like you to make the same cd over and over again! i think old isis cds were actually pretty different from one another! the underlaying idea though, the aesthetic core they had in common.

I am absolutely positive that whatever you guys changed about your sound or songwriting is fully concious and none of this is by mistake! I am willing to give this cd many more spins and i have ordered a few different versions of it already! lets see, maybe it growns on me at the end. these are first impressions based on the leaked material.

It remembers me Van Gogh but in a modern way.
Really beautifull.
Regards from Spain

Genial/love it, I really like the idea of you as a musician, to develop also the visual, mixing drawing with photography, specially the simple but detailed drawing, somehow translating sound into shape. Hope you understand, my english is bad.

Any word on who is doing the poster for the tour this spring? I emailed Seldon Hunt and he said he wasn't doing Isis posters anymore. Thanks.

Aaron, can you tell us how many copies were pressed of the yellow/white and clear blue for the US

aaron--the wavering lp sold out already---shitty shit
got an extra copy to sell me????

Did the vinyl already sell out on the preorder??? I guess you snooze you lose.

Dude, the new record slays, dont listen to that douche sasha above, which Im sure you didnt, you're probably used to shakin' off them haters. Everyone is entitled to their opinion, I suppose, it just amazes me how someone, with what seems like no real understanding of music, maybe its the language barrier, has to assert his point of view like it matters. And, he is going off the hacked/pirated version of the music? Way to go guy, you cant even let it be properly released, and go through the proper channels to obtain it, but yet you want to come on here and complain, get a life. To me, you guys have always been a model of artistic integrity, vision, and evolution, and the new record is no different, and its something alot of bands could learn from. Also you are really down to earth, which is rare. I met you a few years back, when ITAOT came out, I was still living in LA and you guys were having the release party at the Cha Cha Lounge. I couldn't get in because I wasnt 21 at the time, and you hooked me and my friend up with a couple of the gift bags with the album and a lighter and a few other goodies, a day or two before it came out, and I thought that was so cool! I guess all Im saying is, these people need to cut you guys some slack, your just ordinary people! I can't get enough of the new album, I already got my pic disc from Inoxia, Im waiting on my solid blue Conspiracy ver., and I hope to get one of the clear ones when I see you guys in Austin next month! I even made a mixtape of it, the cd isnt out, and I need it transportable! I'll get off my soapbox now haha. Keep on rockin!
P.S. Like the first post inquired, I was also wondering if you have heard Crack The Skye? The reason I ask is I have always considered Mastodon to be one of your best contemporaries. To me it seems you were both raised in the school of Melvins, Neurosis, Today Is The Day, etc. And all your releases have coincided coincidentally, Oceanic and Remission, then Panopticon and Leviathan, and then ITAOT and Blood Mountain, and now you both are again at another stage of evolution, and I was just interested to know if you were listening.
Cory

Those JP 2x Picture discs are fantastic. I just got mine and the quality is much higher than some other picture discs I own (such as Lateralus, which is still very nice)

Hello ! I love the artwork for this new album. It's one of the most elaborate design you've made for Isis, just between the ones of "Celestial" and "Panopticon". I'll get the new album when it shows up at my favorite record dealer in Bordeaux, because some songs, specialy "Hall Of The Dead", are really great. But truth is that I agree about the songs with Sasha Selipanov and I couldn't write it better than him, because my english isn't really good.

I hope to see you on stage very soon in France, because last time with the "Panopticon Tour" it was just a perfect moment on earth. Take care.

I've my Lp and Cd since yesterday. After a listening in the middle of night and this afternoon, i can say I like this record. Threshold of transmission is my favorite, there is a pure dark light in this song. Thank for my ears and my eyes!!!! Crack my skye with a Wavering Radiant. Two record on the top. Hugs from Mustard's city ;-). -Eus

just got the new album, which i am really digging. inexplicably, the art reminds me a lot of moomins [http://en.wikipedia.org/wiki/Moomin] and the music is making me think of david fincher's 'zodiac'.