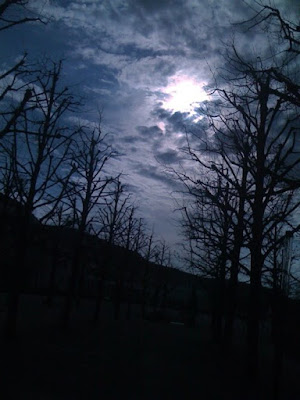 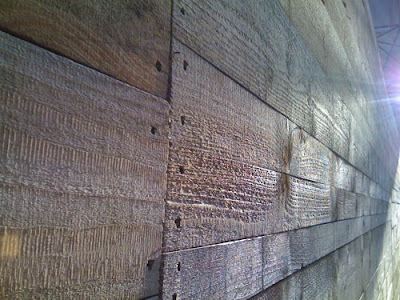 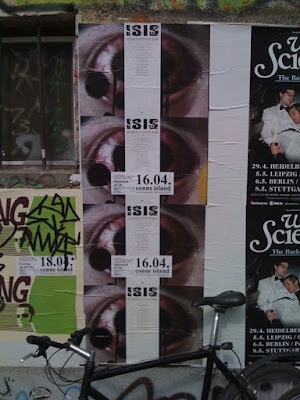 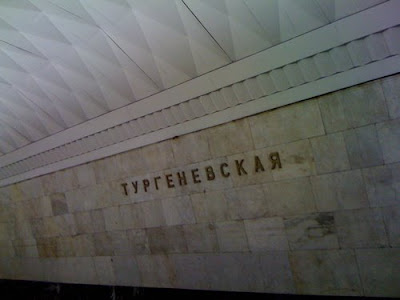 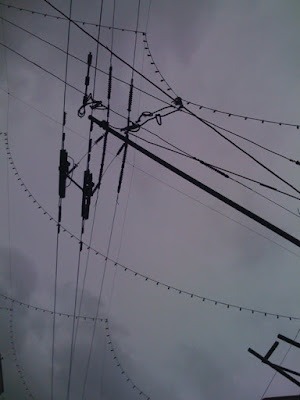 i claimed i was going to get these up a while back and am just getting to it now.
from top to bottom they are:

1. the sky at dusk in köln, germany. i found an incredible park 5-6 blocks away from the venue we were playing in köln - a nice refuge from the usual confines of the darkened clubs. that's not to say that i don't enjoy the clubs for the purpose they serve and the playing of the shows, but it's always nice to find an open space with some greenery to clear your head when you've been stuck in a van all day and a club all night. don't remember the name of the park, but will certainly visit it again when we return to that area.

2. wooden wall next to a construction site in munich, germany. once again i was out in search of a nice place to walk and breathe, away from the club environment. i walked for quite some time through the city, passed some sort of mammoth fair/carnival, ate a nice thai dinner by myself, came almost to the city center before having to turn back, and managed to catch this wall as the sun was setting and the light was golden.

3. wheatpasted posters outside the venue in leipzig, germany (there were a lot of shows in germany on this particular tour). this was one of the better shows of the tour in my estimation - we'd had to cancel our show in leipzig on the previous tour, and it seemed people were quite excited we'd managed to make 'round this time - always nice to feel welcome. on top of that we had a nice meal and played reasonably well, and you can't really ask for much more.

4. subway tunnel in moscow, russia. first of all it was unbelievable just to be in moscow - i never imagined being in a band would take me so far from home and too such incredible places. needless to say we all felt very lucky to have been granted such and opportunity, not to mention having it turn out so well. anyway, we managed to see some of the city the day following the show (thanks to our very helpful guide and host), and even the subway tunnels and stations were of great interest, hence this shot and a slew of others i took on our trek throughout the system.

5. another shot in moscow - this doesn't say much about the place - this just happened to be a nice cluster of wires that caught my eye as we were walking about. this photo and all the others were taken with my iphone - hardly ideal as far as the quality of the pictures go, but certainly handy and easier to carry around. i guess i got lazy as far as lugging a camera goes on this tour.... and my pictures suffered for it, but there were still some great moments decently captured.


...and in other news, zozobra layout is finally done - will be posting some more fragments from that soon. isis has almost completed two more songs (sans vocals/lyrics) for the next album - that brings the total to 6 nearly complete tracks at this point, though we still have some fine tuning to do on all of them. next up as far as design/art related activities go, will be a drawing for the forthcoming pelican/these arms are snakes split 7" on hydra head - ryan frederiksen of the snakes will be handling layout duties for that. there's a bunch more stuff in the works, but i'll save that for another post.

You were lucky to take pictures of the Moscow subway/underground. It's considered to be military property (doubles as a nuclear fallout shelter), so it's generally prohibited to take pictures there. You could've had a cranky old lady in a uniform run up to you and scream in Russian.

Hi Aaron)
For me it was very interesting to see photoes,which you did during the tour.I was waiting for these photoes from that moment when you mentioned about them.The most wonderful photo is the first))It is very beautiful and relaxing.I like loneliness and this photo makes me feel it.
Thank you for your great music and anusual drawings!
I wait for new Isis' songs very much!I can't wait to listen these masterpieces(I'm sure that songs will be really fantastic and beautiful,because you never do anything for no particular reason).
Keep in health,Aaron!
P.S.:I try to express my thoughts correctly in English.I hope you will understand me))

wow, your iphone takes some pretty decent pictures! The first one (sky/tree) is very good.
Thanks for the tour report!

Great shots! Given the hectic life of being on the road, it's always neat to see little snippets of things that are usually either whizzing by when you're in the back of a van or trying to nap on a train.

the first one is tha shit man. Good shot!!
best wishes from Spain

The last picture was great. And I'm really looking forward to Øyafestivalen on Saturday :D Keep on with what you are doing!