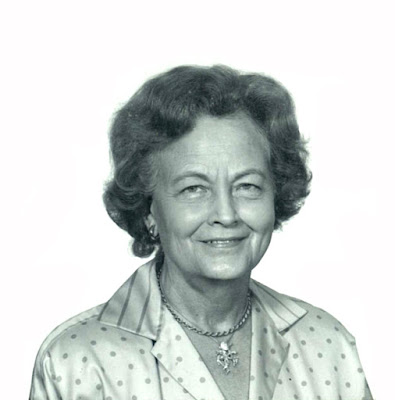 on december 30, 2007 my grandmother, anne caudle rymer passed away.

she was an incredible woman, generous to the utmost, most importantly in regards to her time, love and efforts with her family - both immediate and extended. she died in the company of my mother, uncle, aunt, myself, as well as her long time nurse and companion. she lived a long, fruitful, and mostly healthy life, and all that knew her considered ourselves lucky.
her memorial service is being held on jan. 4th in cleveland, TN where she will be buried next to her husband s.b. "skeet" rymer.

i could not imagine having had a better woman as my grandmother and i have created this post as a tribute to her love and her memory. she was a deeply religious woman whose faith gave her comfort and peace in her final hours - something which gave even an agnostic such as myself peace of mind in her final hours. she approached her death with bravery and dignity, much as she did everything else she did in her life. though this post does little in the way of truly honoring her in the way she deserved, i felt it was a necessary gesture, if only for myself....

i will miss you anne and i feel grateful for having known you and having been in your presence at the end.

my deep condolences mr. turner.
may she rest in peace.

Sad to hear about your Grandmother, I know how you feel my Grandfather also passed this year and was a hero to me.

Dear Aaron, my condolences to all your family and you personally.
I think anybody could tell what kind of person you Grandmother was, just by looking at her face...

I'm very sorry for your loss, Aaron. It sounds like as positive a transition as one could have.

sincere condolences- I lost my grandmother a few years back.

Those to whom we owe our existence deserve a certain level of respect. Being an atheist in the middle of religious relatives I can see where you're coming from.

My condolences, Aaron. I think death is something we all can relate to - we've all lost someone we love at one point or another.

Can't imagine how it hurts... I'm sorry for your loss... RIP Anne Claude.

Very sorry to hear. I know it's hard because grandparents are the best and kind words towards them are almost an understatement.

Many condolences for your loss. I hope the thousands of fond memories you must have comfort you and your family during the difficult times.

My sincerest and hearfelt condolences on the loss of your Grandmother, Aaron.

I lost my mother almost a year to the exact date of your loss to cancer. I know it sucks...Sorry about the belated comment, I just stumbled onto this page today.

I hope everything gets better for you, time is all that'll heal, if that's what you want to call it.

Everything happens for a reason, at least I always thought so. Have a good one.